Networking, Presentations & Insight, Oh My! The Advantage of Attending Conferences

Attending conferences is a great way to network with industry peers, learn the latest news and occurrences in the field, and give you new approaches to make you more effective in your line of work. There are a number of conferences that would appeal to someone who works in state authorization. Listed below are three national conferences and one regional conference that may be of interest.

Registration is now open for the NASASPS Annual Conference, which will take place April 22-25, 2018, in Portland, Oregon. What sets the NASASPS conference apart from many other conferences is that state regulators also attend, providing attendees an opportunity to meet them and ask questions.  The State Authorization Network has partnered with NASASPS to provide conference sessions regarding the world of state authorization.

There are many sessions that would be of interest to someone in the state authorization field. Attendees will be able to hear firsthand from state regulators on any updates or changes to their regulations, an overview of the latest congressional and Department of Education activities, student tracking and disclosures, legal considerations before offering online programs in foreign countries, the evolution and migration of the SHEEO surveys, collaboration between postscondary education regulation and professional licensure, what’s new with SARA, and more.

As always, WCET, held in Denver in October 2017, was one not to be missed. In addition to seeing colleagues, some of whom had changed positions, and indulging in shoptalk, we learned the new acronym GDPR (a discussion for another time). We were able to hear great presentations and be reminded of SAN’s great worth as a font of information and even entertainment—a meeting of the minds. Videos of some presentations, including the keynote and a rare “Stump the Higher Ed Expert,” are now up at http://events7.mediasite.com/Mediasite/Catalog/Full/f02ec509deae4137b0d3abc1448cd06e21. There were issues galore, many of which have since been followed up on in WCET Frontiers, linked to from this MO-KAN-SAN page!

Since every other WCET is in Denver, the 2018 conference will be elsewhere—Portland, OR, where NASASPS also meets in April. For this writer, Portland was my introduction to WCET just after Missouri joined SARA in 2014.

On October 24, 2017, not only did Lisa Siefker present on a panel regarding SAN organizations such as her own state’s SAN-O, but she also filled in for colleague Leslie Weibush of The Ohio State University. In lieu of Weibush’s planned “Herding Cats…,” we heard about SAT, their State Authorization Team.

In “University Policy, Why, How, What,” Siefker related the WHY: Authorization offers more opportunities for students. Her office uses web and design and stories for the website. SARA has led to complicated discussions at OSU regarding The Rule of 10 (allowance of fewer than 10 students/program/site) and issues of professional licensure, not to mention Colorado’s Workers’ Compensation rules. Under Weibush’s guidance, OSU policies helped state authorization in:

HOW told us about time—18 months of work, with much redrafting of ideas and verbiage, all vetted by a managerial council. Webinars were held, as were campus consultations. All was not smooth, as there was doubt over enforceability at first, later leading to a calmer understanding and an implementation date of 2016.

WHAT concerned educating academic and administrative units, with an adoption of Out of State Activities Policies. Further discussion revealed bans on unapproved enrollments; and assistance from both helpful liaisons and an advisory committee. The latter included 13 deans or other university administrators or staff, monthly meetings, advising, and prioritizing of SARA-state applications, much of which were filled out by academic units. The webpage allows, e.g., VIEW POLICY, a map, FAQs, and more.

On the back end were SIS, enabling of data collection (academic units helped with a pilot)—all done with stakeholders in mind. CVs had to be obtained from 18 programs, allowing for updates. The site indicates a YES or NO for enrollment per program.

If slides are not immediately available at this reading, you may contact siefker.69@osu.edu for additional information on this evolving handling of state authorization! Further, check out the SANsational Awards at http://wcet.wiche.edu/SANsational%202017 and, on the WCET-SAN Wiki, Webinar Archives, SANsational Awards Webinar Dec 2017Final.pdf, with related links and audio.

In the Platte River room, as if we were connected by “streaming,” we divided into tables to talk of many partnerships. I was at Table 3, defined as having fewer than 15 institutions, to address challenges and priorities. Carley Ries (Oregon State), Reed Scull (U. Wyoming), and I are in National Universities Degree Consortium (NUDC), which goes back to about 1992, the pre-WWW era, but modernized for the online world. Collective challenges that came up included:

What actions –or considerations–would meet these challenges?

Ontario pointed out small wins as a norm. Other matters that arose in discussion were:

The panel brought up many topics as well:

Future projects for WCET may include:

Overall, this was a very productive session and proof of why WCET conferences are so useful. 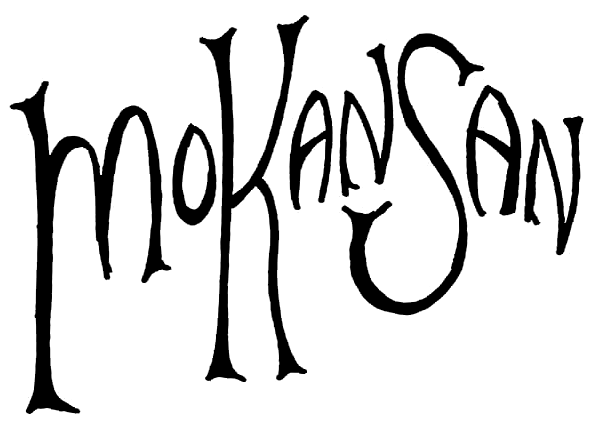 The second MoKanSan (Missouri-Kansas State Authorization Network) State Authorization Summit was held Monday, Jan. 8, 2018, in Kansas City. Since the motto of the state authorization field seems to be “it depends”, the Summit is held in order to tackle some of the tough topics in state authorization. Born in 2016, MoKanSan was created to provide a networking and informational opportunities for regional institutions. The inaugural summit was help in August of 2016, featuring guest speakers from WCET, SAN, NC-SARA, and the Missouri NC-SARA Portal Entity.

The 2018 Summit featured guest speakers from SAN, NC-SARA, the Kansas Board of Regents and local experts. The day was dedicated to collaboratively turning questions and uncertainties into an action plan to tackle the ever-changing landscape of state authorization. Jennifer Armour and Samantha Christy-Dangermond, Kansas Board of Regents; Cheryl Dowd, State Authorization Network; Marshall Hill, National council for State Authorization Reciprocity Agreements (NC-SARA); Nicholas Liddeke and Molly Mead, UMKC Online; and Anita Skarbek, University of Missouri-Kansas City’s School of Nursing & Health Studies, were on hand to share a wealth of knowledge with the attendees.

Armour and Christy-Dangermond discussed the state view of state authorization from the Kansas perspective. They went over the process the state goes through for a SARA application and renewal. Their main duty is to make sure the policy as set forth by SARA is followed by institutions. Out of 57 institutions in Kansas, 72% of their institutions are participating in SARA, 28% are not. The duo described their process when it comes to new NC-SARA applications, the complaint process, and discussed some of the most frequent questions they receive.

Dowd covered an introduction of the State Authorization Network, compliance requirements not covered by NC-SARA, the current federal regulations (including misrepresentation and the process for filing complaints), the released federal regulations for the state authorization of distance education, and the Higher Education Act reauthorization. She discussed the PROSPER (Promoting Real Opportunity, Success, and Prosperity through Education Reform) Act which is the House version for the reauthorization of the HEA. The Senate has yet to release its version. Until/if the time comes for the PROPSER Act to become law, institutions must continue to follow the state laws and regulations. SARA-participating institutions must continue to follow SARA requirements.

Hill gave a brief overview of SARA before discussing some of the upcoming changes. Puerto Rico has submitted an application to join SARA and will affiliate with SREB. Hill said Puerto Rico will most likely be approved to participate in SARA within the next month or two. He also discussed in depth the future requirement that SARA-participating institutions will need to report their enrollments per usual but will also need to report any experiential learning placements by state and by two-digit CIP (Classification of Instructional Programs) codes. Reporting of experiential learning placements will be voluntary in 2018, but mandatory in 2019.

Liddeke and Mead discussed how they manage some of the complexities they face with online courses and online programs at the University of Missouri-Kansas City.  They demonstrated the project management tools they have implemented at UMKC and the technology solutions they have developed to help them manage the complexities on a variety of different levels. They also discussed how the tools are integrated and communicate with one another.

Skarbek discussed the process the UMKC School of Nursing & Health Studies undertakes as they look at state board of nursing regulations for each state.  She discussed how they developed a plan to monitor the state board of nursing regulations, their initial procedure and how/why they revised this procedure, and the process undertaken to maintain accurate records and ensure good communication among all impacted individuals. Skarbek also shared with the attendees how they convey disclosure to prospective and current students.

PowerPoint Presentations and the corresponding videos have been posted to the MoKanSan web site. 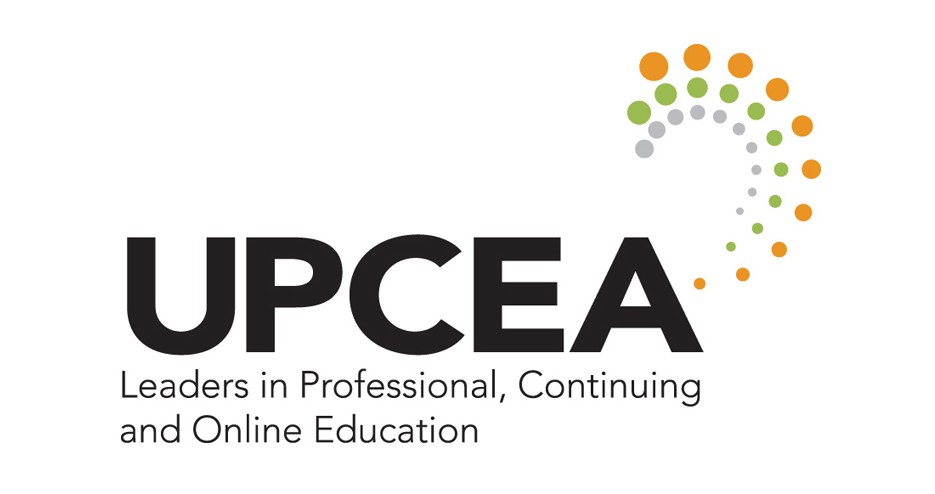 I am on the UPCEA (University Professional Continuing Education Association) Central Planning Committee with a fairly large group that meets via ZOOM every two weeks or so. I will be soliciting and judging presentation proposals and helping with logistics while others work on awards, marketing, and speakers. Members are from MHEC states such as Indiana, Michigan, Missouri, Minnesota, and Kansas. UPCEA can be found at https://upcea.edu/, where the upcoming national conference of March 2018 in Baltimore is currently featured.

UPCEA goes back to 1915, when it was NUEA, the National University Extension Association, reflecting land grants and the Morrill Acts (1862 and 1890) (Rohfeld, 1990, pp. 12-15). Since the early 1900s, the organization has gone through several name changes to reflect global educational and career/workforce developments, ending up today as UPCEA.

The writer has been on many regional or national committees (archives, awards, publications, etc.) in the past. In fact, there was time when you were expected to serve on at least three per year, cherishing every conference call and national event, particularly if secrecy on awardees was involved! At one time, there were Communities of Practice (CoP) such as Distance Learning, based on the partitioning, technologizing, and conceptualizing of continuing education at US and Canadian universities.

The 2017 Central UPCEA was in Detroit. I did not attend, but a colleague did. Shoptalk and networking always abound, and a history tour took place in that famous city. Among the topics covered were:

Many will recognize the names above from WCET connections, including early alerts on state authorization and more recent investigations (UPCEA, 2016). See especially Jim Fong’s information (UPCEA Center for Research and Strategy, 2018).

In late September, one can say, “Meet me in St. Louis,” although this is not the official name. This is at least the second time that St. Louis has hosted a fall UPCEA conference. I attended one there many years ago, with KU and KSU professionals in attendance as well. The agenda for September is still evolving, but state authorization will likely be on the docket, among many others. In fact, WCET leaders have presented to UPCEA members at conferences in the last few years, even before SARA took root.