The State of SARA 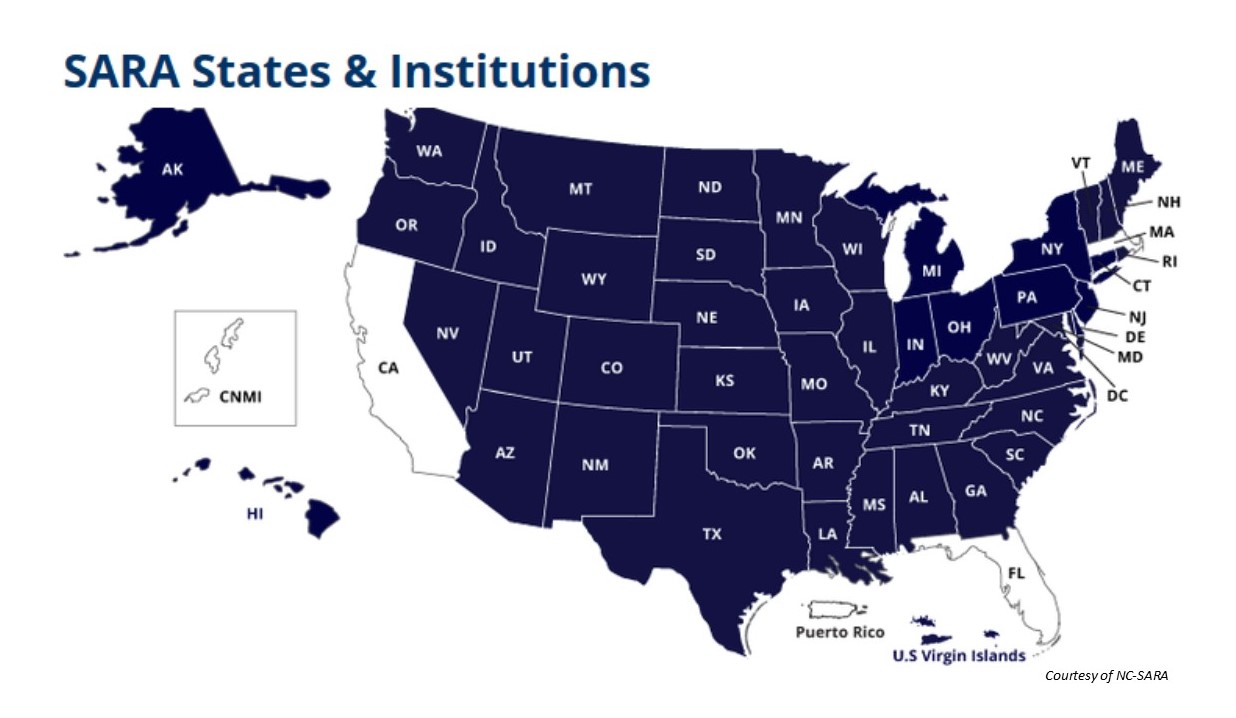 49. That’s the number of states and territories, that are now members of NC-SARA (National Council for State Authorization Reciprocity Agreements).

The latest territory to join SARA is the Virgin Islands, approved by the SREB SARA Steering Committee in early June. SARA-participating institutions are now able to accept students from the Virgin Islands to enroll into their distance education programs.

The governor of Florida signed legislation on June 9 which allows Florida to join SARA. SREB’s SARA Steering Committee will continue to work with Florida as they get their regulations in place. The Florida Postsecondary Reciprocal Distance Education Coordinating Council must meet now. Florida is anticipated to be a SARA member within the next few months.

A list of SARA states and institutions participating in SARA can be found on the SARA web site.